And the most common lie is:

How many of us go about our day telling ourselves and anyone else who asks, “I’m fine,” even when we know we aren’t.  Denying the state of unrest within us doesn’t do anyone else any good, least of all ourselves.

Sure there are those of us who think we are inner powerhouses, who believe innately that we can work through the chaos and if we just put a little more effort into it, we can survive.  We continue to take each hurdle as it comes and keep moving forward, even when our body, mind, heart and soul yearn to rest.  But there’s no rest when we are amidst chaos.  We can’t let someone else down, nor ourselves.  We have to keep on, keeping on, in order to make it through, putting our best foot forward, because we are the responsible ones.  We are the ones whom everyone else is counting on and we just can’t let them down, nor can we face that sorry fact that we need help where we are.

If we were observant, we would face the truth and tell ourselves to reach out and we would know in our hearts that there are people who can and would help us.  Sometimes we do reach out, but if the person to whom we reach out can’t help us or won’t help us, we are doubly determined to just do it alone.  And so goes on that vicious circle of “I’m fine.”

And at times, we are certainly, NOT FINE.

Sure, I could tell you to rest and allow the weight of the world to fall off your shoulders at night so that you could sleep in peace.  You could hang your worries on a branch and give them over to God.  You could pray for solutions and look for signs from above.  You could reach out to friends and family for support or to trained professionals for guidance.  You could hire someone to do what it is you are so determined to do yourself.  It all depends on what is weighing you down and what is not fine.

But will you do that?

It’s a choice to get help when things are chaotic (and even when they aren’t).  It’s a letting go of the control and of the belief that I can do it.  It’s dropping the role that you’ve lead your entire life of being the responsible one and taking on obligations that maybe weren’t really even yours in the first place, but because nobody else stepped up, you did.

Those are the ones I want at my side.  What about you?

Trust in those who hold your hand with a loving heart space.  Allow their kindness, generosity and love to heal you, to help you and to ease the burdens you carry.  Trust in God that He can help you through these tough times.  And for goodness sake, get rid of the I’m fine, except when you know it will fall on deaf ears or when you really mean it.  Trust in I’m not fine, with those whose hearts are open to yours.

So if you’re asking me, “I’m not fine” today, but as Scarlett O’Hara once said, “Tomorrow is another day.”

Open Your Journey  inspires me.  I had already decided on the LOVE theme for my 2014.  But now I think my theme is growing richer after I read the insightful way my friend, the Bobbilama as I like to refer to the author of Open Your Journey, thinks!  Read on…perhaps her take on New Year’s Resolutions resonates with you as well!

“This year I decided not to make resolutions which I will end up breaking within a week or two anyway. Plus, I don’t enjoy feeling like a failure every January. So, I was telling my friend that I’ve decided to simply have a “theme” instead of a resolution for this year’s growth. She laughed when I told her that, but I really mean it. I told her that my theme this year is “Tapestry” and I explained that it’s only one word (so I can remember it), but it stands for a complex concept for this next phase of my journey. And what I love about it most is that a theme is gentle and there is no amount to accomplish so I cannot fail! How cool is that?

So here is what I described. I told her that this year I am not making a list. I really don’t just want to have more stuff, or weigh less, get more fit, volunteer more, or eat better. Instead, I want all areas of my life to gradually mature like a richly interwoven tapestry. Then I gave her these examples of some of the qualities I wish to nurture.

~ I want my mind to be more present when I listen to others, and not be thinking of what I will say next, or how it will impact me.

~ I want to practice speaking only when I have something worth saying for the person I’m connecting with at that time.

~ I want to have relationships that have more dimension due to greater understanding and support – and without the need for approval.

~ I want to trust my inner spirit over my ego’s need to control my world.

~ I want to work towards self-actualizing into a woman who knows the power of her wisdom and respects it herself.

~ And lastly, I want to really, really feel love for all beings regardless of what I perceive as their limits.

So that’s my simple plan for 2014…to be more mindful of my own tapestry.

What would you like to choose for the theme of your mindfulness for this next year?

Whatever it is, I wish you a loving and self-actualizing new year!” from Open Your Journey click here to visit her blog!

**If you are interested in buying the tapestry featured above, I found it here.  I know nothing about it except that I liked the colors. 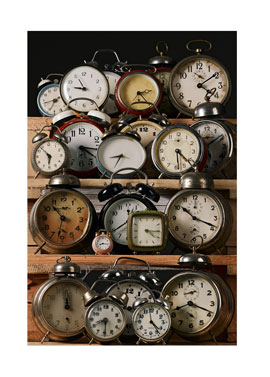 I recently met a man who reminded me to change my way of thinking.  He repeated to me a phrase that my Mom has said to me so many times beforehand, especially since my Dad passed away.  He said smiling to me, “when it’s your time, it’s your time.”  We were walking through my yard during a big thunderstorm and he was carrying a floral umbrella that he had gotten out of his car.  When I giggled at the flowers, he smilingly told me that his wife had put it in the car for him.

As we walked to the backyard, lighting was popping around us.  Being short and in a raincoat with rubber flip flops, I felt fairly safe.  I mean, he’d be struck before me! (Just Kidding).  But it was his easy gait and manner that had me so enthralled.  He wasn’t being macho, quite the opposite.  He began to tell me how just last November, his 11 year old son passed away.  His family was devastated.  It was in the middle of a Nor’Easter.  The National Guard was at his house, just after Hurricane Sandy, trying to dig them out of the snowbanks in order to save his son, but to no avail.

As I stood there in the lightning storm listening to him, I was overwrought with sadness for him, for his wife and his children.  His happy demeanor belied what they had endured.  He said that what has brought him peace was that ‘when it’s your time, it’s your time’ and that now his son wasn’t suffering anymore.  He related that his wife was having a hard time still and that he was trying very hard to help her.  He said it was hard as there’s a big hole in their lives now and they are just trying to pick up the pieces.  Their son who passed away had special needs and had required 24 hr care.  Their lives had been built around him and their other children (including his twin brother).

I was speechless.  His calm demeanor, his peace within, all radiated around him and he had no idea how much his story affected me.

We were in my backyard because I had him redo the pond in the back of our house for my hubby as a surprise wedding anniversary gift.  You see, years ago, the pond was uprooted and over time vines grew over it.  As much as it was beautiful when it was at its peak of splendor, it now was looking downtrodden, unloved and neglected.  Sometimes that’s how we look when we don’t take care of ourselves either….but that’s for another post, another day.

When my Dad died, that same phrase gave my Mom much comfort as well for there was nothing more we could have done for him.  He had fought, we had tried everything known to man, but ‘when it’s your time, it’s your time,’ ~ a mantra that her family had used time and time again.  I believe that there’s something simple in that thinking, simple, calming and perhaps allows us to regain the bit of control over our own lives.

Believing that ‘when it’s your time, it’s your time,’  you allow the control to slip and you can enjoy the time you have left on this earth.  Don’t you think?  At least for me, this way of thinking allows a freedom of sorts.  Mom’s idea that you’re dealt your ‘death date’ and that’s it makes me feel freedom to be, to do, and to enjoy without worrying about how much time I have left.  If it’s all written out beforehand by God/Universe then WOWZA, I’m going to party like it’s 1999 (oh wait, I already did that!)

But you know what I mean?

What do you think about this?  Do you feel that it’s already written the day you’ll die or is it something you can control?  Is it something that we can even control with our choices or the choices of those around us?  I know that this could be a firestorm of a post, but I freely open it up to you all.

For me, whatever it is, I  am going to enjoy today, this moment, this PRESENT of PRESENCE because right now, that’s all I have, all I can wittingly control and I choose to be happy, feel and give love and submerse myself in the gratitude of this happy moment!

What do you think?