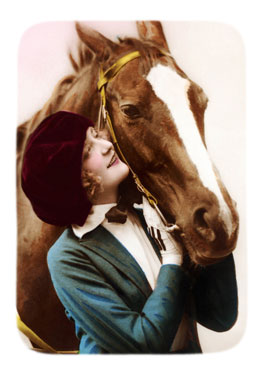 If you google ‘ Year of the Horse 2014’ you will find many intriguing sites on the internet which will give you the information that you need to find out how the coming new year will treat you, whether you are a rat, a snake, a dog, a pig, a dragon, a goat/sheep, a monkey, a rooster, a rabbit, an ox, a tiger or even a horse!

My own Chinese forecast is delightful ~ full of pleasant flowing energy and happiness when I follow my heart!  Perhaps I will try some new things and I learn to accept change easily.  I love that it is expected that I will let my sense of humor come out to play and that I will meet any problems with my optimistic attitude which will render them moot.  My kindness and sympathy will be favored to allow my inner beauty to shine through and I hear that wood energy brings people together which is what I enjoy for I love to help others connect and to grow!  So for me, I am excited to greet this Year of the Wood Horse! 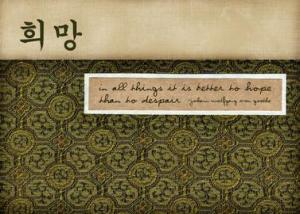 in all things it is better to hope than to despair. johann wolfgang von goethe

We’ve all had troubles ~ some bigger than others ~ and how we deal with them in the long run ~ makes it a long run.  Know what I mean?  That’s why when I saw this card, I thought it was a good one!  I recently was talking with a new friend I met through blogging who told me that this is the Year of the Dragon.

In researching the Year of the Dragon, I found the following:

Year of the Dragon Overview

“In a Dragon year, everything is magnified tenfold. And after the rather meat-and-potatoes Metal Rabbit year we just lived through in 2011, we are in for the ride of our lives. Commotion, turmoil and general hullabaloo will characterize the Dragon year ahead. As of January 23, 2012, better get ready to rock and roll — or else crawl under a rock until it’s over.

Think of the Water Dragon year as a 12-month-long, bumpy road with interludes of elaborate and joyful festivity. Fortunes will be made and lost with lightning speed. All events will be charged with a rare intensity. In short, 2012 will be a year of derring-do, hell-raising and exorbitant fun.

Dragon years are favorable for the enterprising and ambitious. If you want to succeed at something major, start early in the Dragon year. Don’t give up. Express yourself openly. Show no fear. In China, it is said that the Dragon year brings luck to those who dare to speak out, to take charge and even to take over.

Dragons are fearless and direct to a fault — but they are not without ruse. They’re clever go-getters who are always in the running for first place. They want to excel at every endeavor. Dragon years, therefore, are propitious for people who have the courage to take risks, to stand fast in the face of danger and hold firmly to their principles. For those among us who are timid and shy, who shrink in the face of challenge and who daren’t speak up for what it is they want, Dragon years can be rigorous and even a little bit frightening at times.

If you are a Fearful Freddy, you won’t need tranquilizers. The Water Dragon won’t charge into your kitchen and grab you by the throat. But the months ahead will be tumultuous, stormy and chock-full of rebellion. Dragons may be despotic, but they’re also benevolent and sentimental. In this coming Dragon year, anyone who’s hurting is going to hoot and holler until they get their fair share.”

Your astrology in the Dragon Year  exclaimed:  “Welcome to 2012, the year of empowerment! Fasten your seat belt because the days ahead are all about accelerated risk-taking and breaking through outmoded paradigms. To thine own self be true — no exceptions! Can you handle it? Of course you can! Just follow the guidance for your Sun sign below and discover how to make the most of all the amazing opportunities ahead. It’s all in the timing, baby!”  See link for more info from this source!

I don’t know about you, but after reading about this Year of the Dragon, I’ve got my lifeline of hope all set!  I’m ready to rumble (storms-a-brewin)  and I’m thinking of going for it!  Heck, after the grasshopper-help experience, I think forward is the only way to leap!

Ready to Dragon wrestle with me?